I love stories. Whether it’s a good book, a good movie, or a strangers. We all have a story. I believe it’s the DNA to understanding what makes up an individual. Without it, who would you be?

I have the pleasure of hosting this guest blogger’s story. It’s comforting to know that we all are connected in some way or another. We all have lived a not so ordinary life. So why not tell it? I’m not gonna spoil any of it for you.

This is her story…

Looking at where I am now, one might think I’m more than average. I’m
the founder of COPE24…Changing Our Parenting Experience. We are a
non-profit child advocacy organization committed to reducing the
incidences of child abuse and neglect. Many organizations have this
mission but most are dealing with the problems that exist. History has
proven this to be an almost insurmountable task. For all the work, the
dysfunctional/unhealthy families continue to grow. That is why COPE24 is
promoting the need to make parenting education a priority within our
high school systems. We believe that getting out in front of this
problem and educating all youth, before they become parents, is a piece
of the solution that hasn’t been explored.

Eighteen years ago I was an average American housewife living the
American dream. I had married a man right out of college. We were young
and dreamed of starting a family and becoming successful enough that I
could stay at home with our children. That had happened. My husband had
become a successful banker and we had been blessed with three healthy
and beautiful daughters. I was busy running the girls to all of their
activities all afternoon and evenings. By day, when they were in school,
I took care of all the domestic duties and played lots of tennis. If I
wasn’t running the girls I was helping my husband to entertain business
associates in the evening. We could and did golf and travel and
basically just living the American dream. Then everything changed.

Through a family situation two children would enter our life that at
best were being severely neglected. We supported this family
emotionally, financially and provided care for these children often. I
guess here would be a good place to describe to you why I believed I was
just an average citizen. I knew child abuse/neglect existed but it had
never been a factor in my life. I knew that Child Welfare existed and
thought this agency could protect these innocent victims. I knew that
adoption existed but in my mind this was about babies. I also knew that
foster care existed but in my minds eye this care was sort of a hub for
children until permanency could be reached away from the abusive
parents. As a woman with no experience in child advocacy I believe this
would be average thinking. We teach our young women if they find
themselves in an abusive situation to get out and never go back. So the
assumption was that we would do the same for our children. But children
are more complicated than that. It isn’t so simple to remove children
from the only family and living situation they have ever known. Even in
abusive, neglectful and dysfunctional situations the children have no
other frame of reference and most often still love their parents.

These lessons will be learned through a four year fight for these
children. We became the kinship care provider for extended periods of
time and on three occasions will be ordered to return the children to
their mother. A mom we knew hadn’t gotten any better but had just
learned how to game the system. We also watched these children, with
excited anticipation, believing each time that mom was better and life
would now be great. The love and bond children have with their parents
is the one factor the system hasn’t figured out even to this day. As we
work with the parents trying to fix the problems that exist in their
family, the children are lingering in, bouncing around and ultimately
aging out of the foster care system. We do this because sometimes the
parents get it and make the necessary changes but most often they don’t.
The problem is the children just keep growing up. They don’t stay little
children with little problems. We compound the problems by offing what
was to be temporary care but ultimately becomes a way of life for the
child’s childhood.

This was the motivation for a book I wrote about our experience “Whose
Best Interest”. However, writing a book and complaining to Child
Welfare, legislators and anyone who would listen still isn’t a solution.
Anyone can complain I wanted and needed to be a part of the solution. I
began reading, accepted appointments to committees and began speaking in
our high schools. Listening to those with more education and experience,
listening to teachers and students. Then that moment when God knocked me
over the head and said “what’s missing is parenting education.” I’m not
talking about education that only reaches those who are being abused or
who are growing up in care but parenting education that reaches all of
our youth. Let’s get out in front of this issue and prepare all of our
youth for the toughest job any of us will ever face…parenting.
www.cope24.com 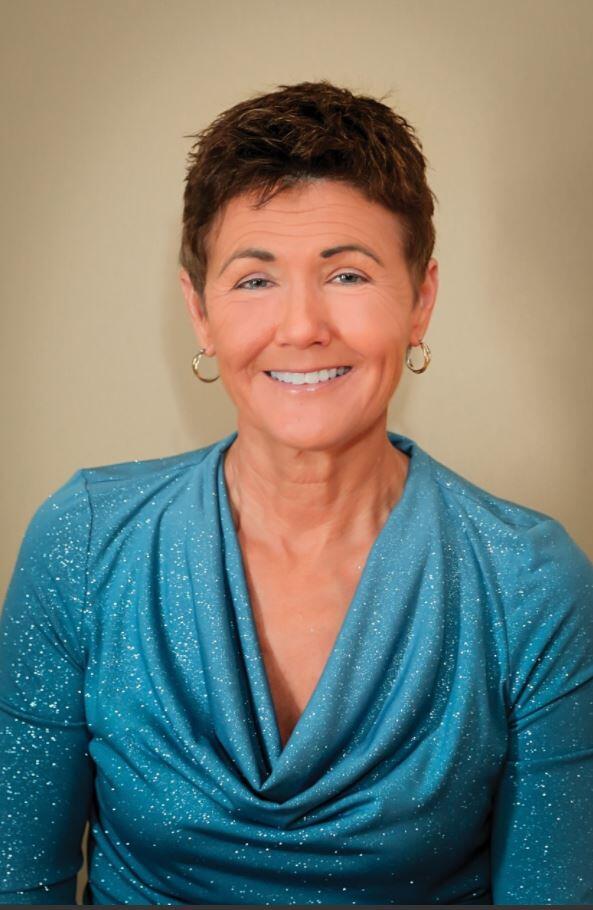 Rene has been married for 37 years, has three daughters and three grandchildren. Several years ago she and her husband fostered their nephew and his sister on two different occasions. This experience inspired her to author the book Whose Best Interest.

She is an appointment member to the Missouri Children’s Justice Task Force (CJA), Critical Event Review Committee. In 2008, she began volunteer work throughout Missouri as a child advocate, speaking to students in classrooms all across the country. The responses from the students lead Rene to found the COPE24…Changing Our Parenting Experience organization.

The first project taken on by this organization was the COPE24 Parenting Skill Program. Rene originated this program based upon the inspiration provided by the more than 23,000 students to which she has spoken.

The second project is the documentary video titled The Life Sentence. This documents the stories of four families whose infants were shaken or suffered severe head trauma and survived. These families give testimony of the event and allow the viewer to see the quality of life for these children several years later. This video is extremely emotional and not something our youth will soon forget.

Currently, she is working on a new series of documentary videos. The series will be titled Elements. Each video in this series will subject a common issue often seen in families where abuse/neglect has been identified like immaturity, drugs/alcohol, domestic violence, absent fathers, mental health, poverty, child endangerment, etc. In December 2015 COPE24 released the first video in this series titled “Life-Line”. This video focusses on the element of immaturity and what an unplanned pregnancy means when there is no support system. January 2017 the second video in this series “Parenting Under The Influence” was released. The topic of this video is drugs, alcohol and parenting.

Rene has also recently released her first children’s book titled “Fosterhood”. Introducing children to concepts like fostering and adoption, at a young age, may be helpful for the needs of child welfare as we move forward. The first book in this series was released December 2015and is titled “Fosterhood…Let’s Explore”.

Rene spends a significant portion of her time speaking in middle and high school classrooms across the nation. She also provides presentations and keynote speaking at universities, teacher conferences, and advocacy events.

Rene can be contacted by visiting her website at www.cope24.com, emailing her at renehowitt@cope24.com, or visiting her facebook and twitter pages. Rene would enjoy the opportunity to speak at any advocacy, parenting, or educational event.